Home
>
Cycle Travel
>
Epic Training Ride with the Columbus Team
Please Share
No food in the house, except for some USANA Vanilla Nutrimeal for pre-ride breakfast.
Previous EPIC ride in Taiwan can be read here
This was an epic ride with a group of strong riders from the local top Taipei team. Met the group at 7.30am to ride to Yilan over the hills. There was a substantial amount of climbing with very little flat riding. On every hill climb, the Columbus boys were on a mission to be the first to the top. The first hill I saw this happen, I saw them take off and I responded with some power-riding myself, but mostly it was just to keep up. However, one by one they dropped like flies, till it was just me and a young fast 19 year old up the road. I punctured half-way up the climb before I could catch him! I made the change and in five minutes we were on our way again.

The weather was considerably colder today so far this year! It was 10 degrees in Taipei City and 4 degrees up on the mountain tops. I was wearing all of my winter gear and was pretty warm. The Champion System custom made clothing makes some good stuff. The jacket I wore was wind-proof and kept me warm once I started moving and had good breatheability.  If we stopped for too long at the 7-11 stops (greater than 10 mins, I would get quite cold and it would take a good few minutes of pedaling to warm-up again). If you are wanting to keep your feet shielded from the wind as well as keep the shoes clean, then the Champion System shoe covers work fantastic. If I did not have a skull-cup today, my head would have become frozen on the descents!  It is important at this time of the year to keep warm whilst out training and getting all the clothing items can be quite expensive, but it is a good investment to continue your riding enjoyment.

The racing up mountains and the odd attack kept the ride pace quite high throughout the 6 hours we were on the bike. The average speed was quite low at 25km/h but this was due to the several big climbs we had to go over on 47-1 and Highway 9. After going through Pinglin, the pace picked up considerably and we were reduced to four of us and I knew we were all suffering. After the next guy popped, I pulled through and mentioned that perhaps we should slow down as we still needed to come back the same way (another 80kms!). I think they were glad to slow down and just ride tempo all the way to Yilan City. The descent down, overlooking the ocean, was quite nice although there was quite a head wind that forced you to keep pedaling down!

Stopped to re-fuel at 7-11 in Yilan.  Seven-Eleven’s here are everywhere and they even have Merida bike floor pumps and a set of tools available at many stores!

Normally on Sunday’s I go riding with the No.7 Park Bike Shop on Sundays, but since they were doing the running event I went with the Columbus Team. Their main focus during the ride is a good quality workout mixed up with some racing while No.7 Park Bike Shop rides center the focus around enjoying the views and times socializing with good coffee. The Columbus ride is catered for the more serious rider and they don’t wait for you at the tops and if you get dropped you are riding on your own till the next re-grouping spot – the 7-11 convenience store. The guy pictured above, is a talented 19 year old rider who is one of the best climbers in Taiwan – he apparently forgot his helmet for this ride! He was smoking everyone on the climbs and he is a future rider to look out for. 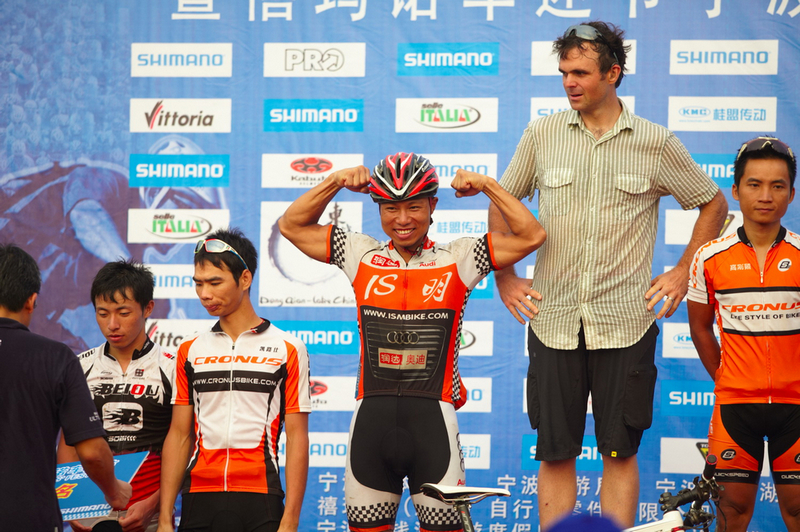 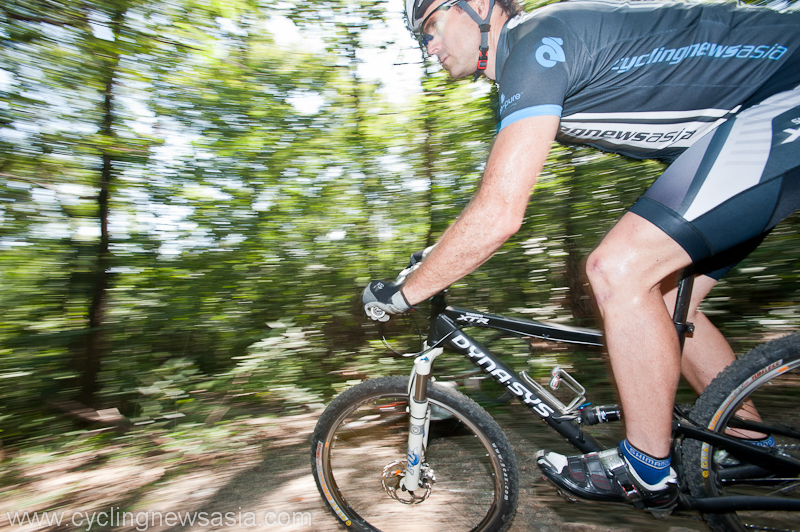