The 13th World Deaf Cycling Championships were held at the beautiful Mont Tremblant, a world-class ski resort that also doubles as a popular area for mountain biking and road riding as well as plenty of other outdoor activities in the summer months. It is located about 120kms North of Montreal, Quebec and is nestled in the Laurentian Mountains. Mont Tremblant is also the home of the Circuit Mont-Tremblant that has previously hosted Formula, Can-Am, Trans-Am and Champ Car World Series competitions. This same course was used for the World Championships 106km road race as well as the 38km individual time-trial!

At the 2011 edition of the World Championships, 18 countries were represented with 48 cyclists competing in seven different events including the flagship 100km road race, 50km points race, 1000m sprints and the 38km individual time trial. Several mountain bike races were also held. For the first time in the 80 year history of the World Deaf Cycling Championships, there was a category for women in the time trial and road race with five riders representing four countries. At the previous World Championships there was only one from France participating.

I am over 80% deaf in both ears and require high-powered hearing aids (from Hansaton Hearing Systems) to be able to hear. Given my level of hearing loss, it should be granted that I can use Sign Language to communicate. However, I was schooled through the main-stream system and never learnt to sign. I have now participated in four events for Deaf Cyclists (the World Deaf Championships in San Francisco, Deaflympics in Taipei, Tour de Formosa in Taiwan and most recently the World Champs at Mont Tremblant) and at each of these events I have been acutely aware of my inability to sign. This has made communication quite difficult but not impossible as a few of the riders, especially the ones from western countries such as US, Canada and Australia can communicate via lip-reading. Lip reading is a skill that I have naturally acquired all my life as I rely on my lip-reading together with sounds to communicate.

One great thing that I noticed with attending all of the Deaf Cycling events, is that no matter which country you came from or language spoken you could communicate via Sign Language. It is a very visual language and at some point I need to learn it myself so that I can communicate more effectively with my fellow international competitors! I have actually gotten ahold of a DVD set that teaches American Sign Language (ASL) and since it is one of the most widely used forms of sign language in the world, I will start with this. However, since I am from New Zealand, I will at some point need to start learning NZSL. It will be fun to learn how to communicate by sign and since my wife already knows basic ASL, having taken courses at university, we will be able to do it together. Before you know it, we will be communicating in noisy situations using sign and no one will have a clue as to what we are talking about. It can be quite useful!

All the athletes stayed at the Mont Tremblant Tour des Voyagers, a four star hotel for the entire seven days. It was a very convenient location being in the middle of the quaint ski resort village of Mont Tremblant and as a perk we were all given free 7-day unlimited lift passes that took you up to the peak (900m) that afforded spectacular 360 views of the stunningly beautiful region. However, once at the top, we were swarmed by waiting black flies and mosquitos that were specifically targeting people getting off the gondola. It was not fun continually swatting them away and I got quite a few nasty bites and hunks taken out of my neck. Mini-golf was also part of the unlimited pass, so my wife and I got in two rounds of 18-hole mini -golf that was alot of fun and my wife beat me both times hands down!

Lakes and forests in every direction in Quebec

Things in the Mont Tremblant village were expensive, so I went shopping at Centreville which was 20mins by bus from the village. I spent $130 on a large amount of groceries and this lasted for the entire seven days of three healthy meals a day plus snack foods. It was the best way to live within budget. Right before the competition started, I received two packages from USANA HEALTH SCIENCES , that contained my much needed vitamins that I had run out of plus a good amount of my favorite healthy energy drink, REV 3, that I used to drink prior my events and during the racing. It was perfect timing as I had run out of a couple of my essential vitamins only a couple of days leading up to the World Championships! So a big thanks goes to Usana for organizing this shipment at such short notice. My highlight of the Mont Tremblant experience was achieving the Bronze Medal for New Zealand.

We fell in love with the Mont Tremblant region and wished we had the opportunity to stay longer and further explore the forested mountains and lots of small lakes that dotted the area. Next time, we will make sure we bring plenty of insect repellant!

If you get the chance, please visit my Key Sponsor page and visit their websites to check out their product or service offering. There might be something that could interest you and without these key sponsors, I would not have been able to attend the World Deaf Cycling Championships or take part in many sporting events. Their help has been tremendous and I am extremely grateful for their generosity.   Also special thanks to the New Zealand Deaf Sports Association for their contributions and also to Velocite-Bikes for the stiffest bike in the world at this moment and for the awesome wheel-set that I purchased last moment just a couple of days before departure.

The next International Deaf Cycling competition is not till the Deaflympics in Greece, 2013. By then, I should have some basic grasp of sign language. For now, I am visiting family in Texas and logging some good miles on the network of lonely Texas roads north of the Austin/Leander area. Check out my Strava Maps to see the brilliant rides I am doing in triple degree heat. If you are already a Strava user,  you can follow me – just like you do on facebook. If you are not already a user, I can hook you up with a free account that will allow you unlimited ride uploads, provided you already use a GPS like a Garmin or an I-phone/Android. 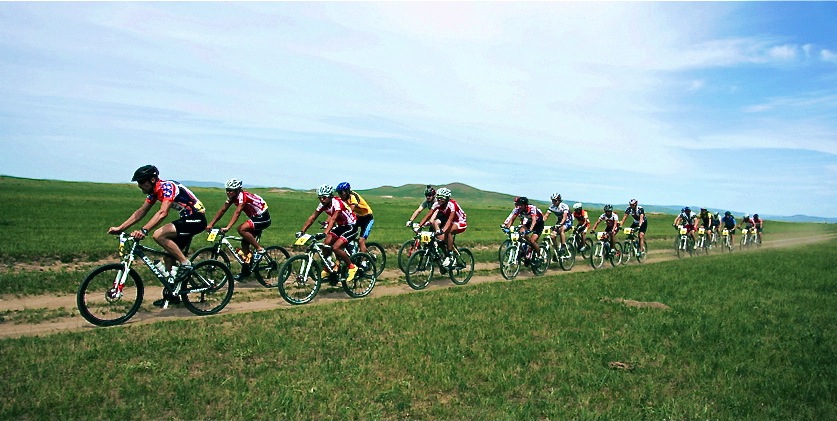