Pain – redefining the definition of pain in my mind

I cannot begin to describe what I underwent today to complete the 115km stage across the Gobi Desert.  I know that I have already been saying that this Mongolia Bike Challenge is getting tougher with each passing today. I have never been through this level of hurt on a bike in my entire life; it’s like blur of brutalness that is being dished out.  Today’s stage was like being locked away into a box for six hours and being tipped and thrown about.

It’s not the legs that are complaining but it is the fact I have two nasty saddle sores the size of golf-balls on each of my buttocks; it is making it near impossible for me to remain seated in a normal position and pedal.  Not only my bottom is in bad shape, but also my feet have been progressively getting worse; especially my right foot. It’s a catch 22 section, either I sit on my bottom and relieve some pressure on the feet but the bottom suffers, or I stand and grind a big gear. I found myself standing for large portions of stage three, as the terrain was so rough that it was mostly impossible to ride with my elbows on the bars.

It was gusty winds at the start of the stage in the morning and the first 5kms were especially tough, riding into the head wind and fighting for traction in the sand. The race split up very quickly with the lead group of seven riders riding into the horizon. I was just outside top 10, but I was fighting a losing battle with the feet and buttock issues!  The head wind did not last for long as we turned sharply and had a good tail wind for the ride through the Gobi sand dunes!

We were truly in the desert with not much growth for miles and very hazy. There were plenty of camel sightings throughout the stage today and only several Nomad Ger settlements dotted along the way.   For the first 40-50kms, the surface was still largely washboard and sandy bottom, making for difficult traction. In the middle stages, the landscape changed quite dramatically that looked like the African Savannah. The road surface through here was noticeably better with smoother sections, allowing me to ride with elbows draped over the bars. At the 75km mark, the road angled more steeply upwards and entered a spectacular canyon with craggy mountains.

A Mongolian Cowboy was watching me from one of the peaks with his horse behind him as a rode on the road snaking upwards through the canyon. The climb just got steeper and steeper till at one point the gradient was close to 30% for about 300 meters.  After I completed the KOM climb at 2,200m, I thoroughly enjoyed the twisty curvy dangerous descent. This descent was a good 10kms and wound its way through a canyon, which had more of the washboard surface and plenty of rocks; however I had good momentum going and carved some good lines.  Upon exiting the canyon, I was amazed at the dramatic change, wide-open plains with large mountains in the distance; mountains that we are headed towards.  While descending, I caught sight of a group of what I thought were riders and was catching only to realize they were a group of horses!

When I rolled into the second feed zone, my feet were hurting so bad that I had to remove both my shoes.  The massage therapist happened to be there and started massaging my foot; this caused me to scream! I had to stay, stretching my foot, for a good 20 minutes before I got going again. I also moved both my cleats further back to help with alleviating the pain.  I also drank plenty of Sprite and ate quite a bit of the dried fruit.  I was not sure if I was going to finish the stage at this rate, but after I got going again it was a bit more manageable and I completed the last 45kms feeling a little bit better. At least I was not getting worse and I survive another day at the Mongolia Bike Challenge.

For photographs and video footage, visit the official Mongolia Bike Challenge website. Tomorrow’s stage is more of the rough corrugations but will be the last day of it as we move into the mountains. 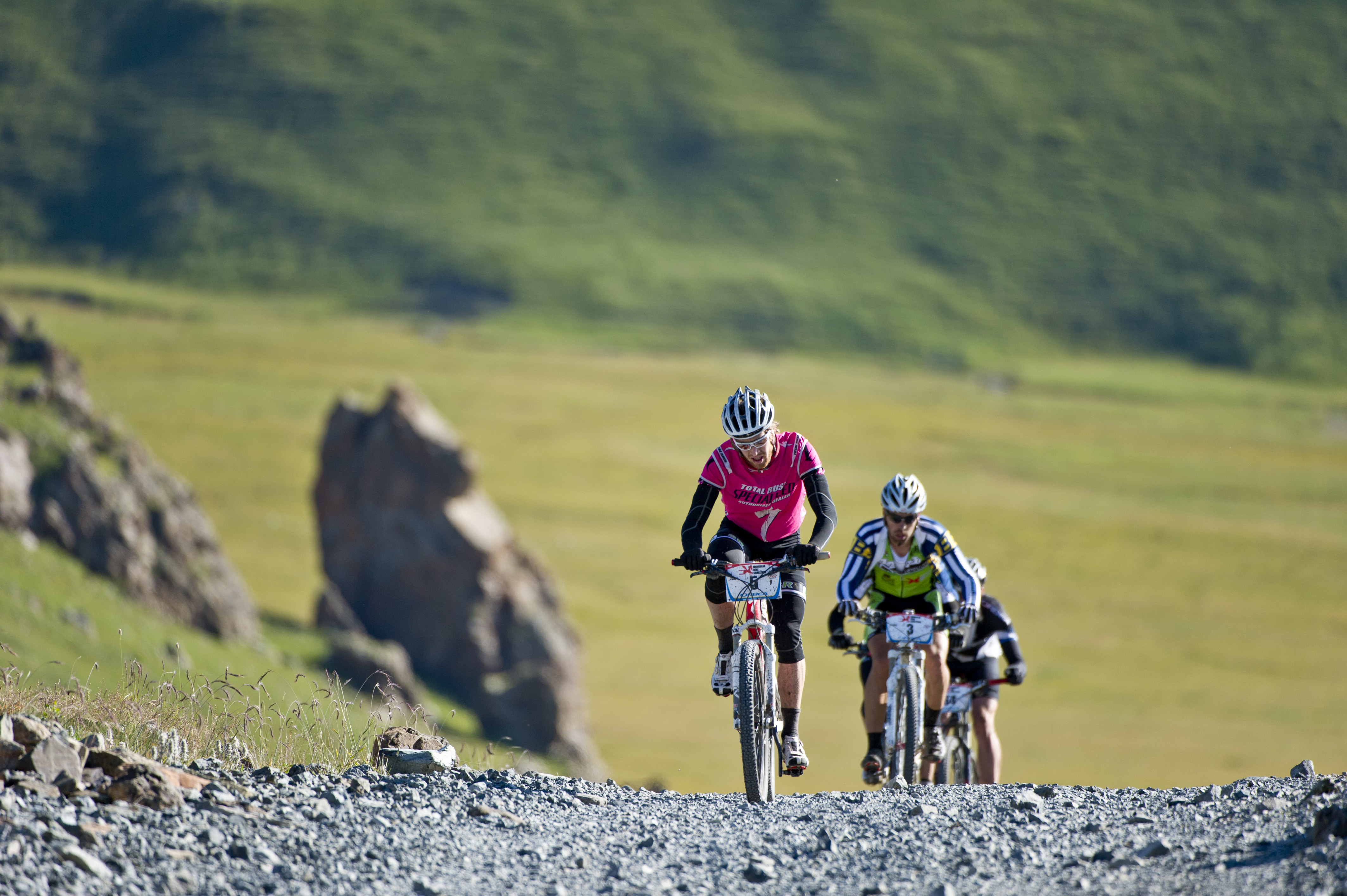 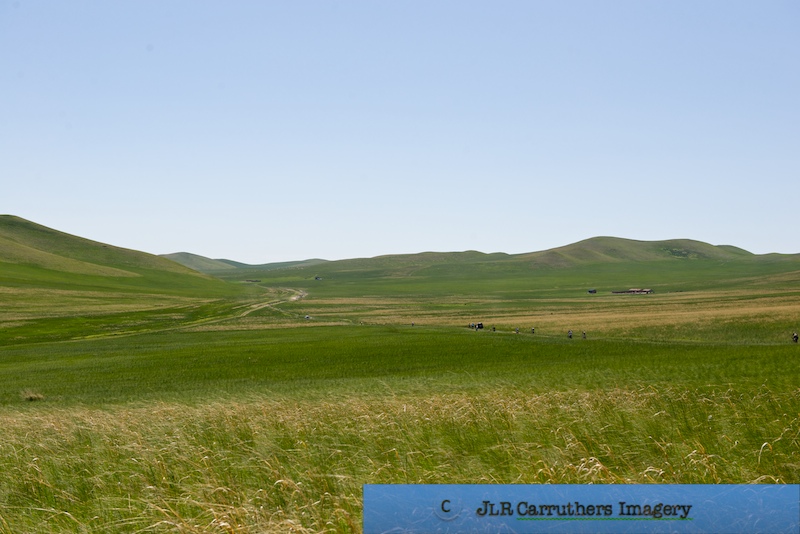 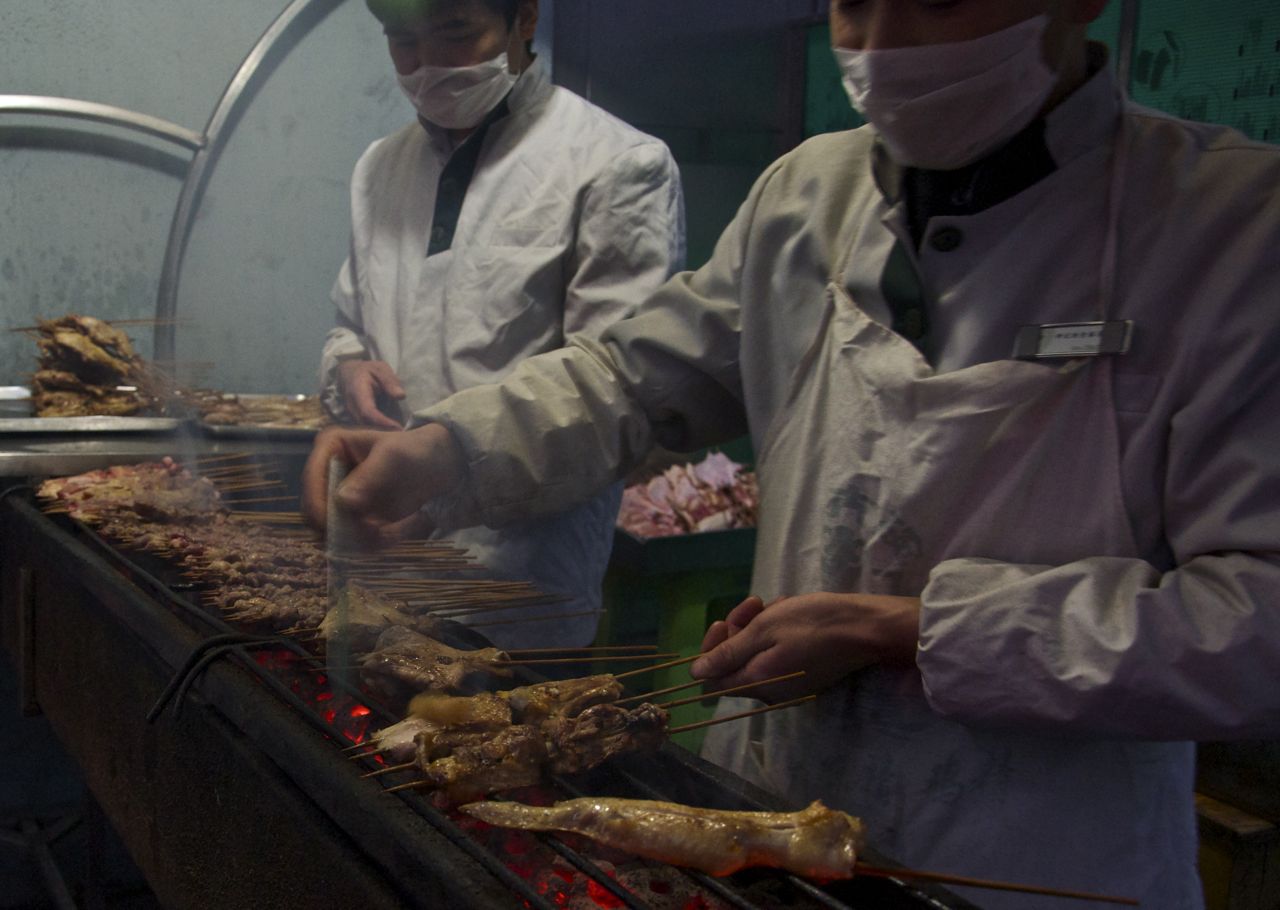