The 2011 Edition of the Rapha Festive 500 Challenge hosted by Strava has really heated up with a record 2,860 cyclists worldwide taking part. Leading the charge is Austinite Kristian House who is sitting on 923kms with three possible rides remaining! It was Stefan Rohner and Serbian hard-man Željko Bates setting the pace with their mega-miles and it looks like the Serbian will earn the distinction of the most miles in the fewest amount of rides.

Kristian House is a Rapha-Condor Team cyclist who became the British National Champion in 2009 and has been a highly ranked professional riding for many teams all over the world. It certainly looks like that House is piling on those off season base-miles preparing himself for a fantastic 2012 season. Going by his average speed during his double century rides packed with climbing, he is already in fine form.

Six Aussies have forced their way back into the top 1o with 2nd placed overall Glynn Matthey leading the way with 852kms. So, don’t discount the Aussies yet to make a late run to be the overall leader of this highly popular Rapha Challenge. It truly has been a Ride to Redemption for many people and a great way to escape the clutches of Xmas food eating and the all-round laziness people typically fall into at this time of the year.

Californian Carlee Taylor, who is riding Downunder at the moment is clocking up some decent mileage with 724kms that puts her at 10th overall and leading the Women’s classification ahead of Compatriot Jessica Chong and Judith Swallow from the UK. Chong is only 9km behind Taylor and it looks like it will be a race to the very end to see who in fact gets the best woman title.

In the Asia region battle for the title, David Kolpak and partner-in-crime, Jeff Paine both expats in Singapore have overtaken Daniel Carruthers (myself) with 688kms and 677kms respectively. Both of these riders are hard-core to the bone, they are Paris-Brest warriors! Fidel Kreuzer in Thailand is not far behind with 618kms. There are only two days remaining for Asia-based riders and Down-under riders, while the United States are still waking up to start their sixth day. Who will break the 1,000km barrier first? will it be Kristian House from ATX, or will he choose to take a rest day?

To get onto the top 100 leaderboard, you need to have a minimum of 527kms to-date – that shows how competitive this challenge is becoming. Its no longer just a walk in the park. I would not deny it, but the satisfaction of seeing your name listed up on the leader board is enough to keep some motivation going if you need it at this time of the year especially when there is no racing on and food just keeps coming out.  This Rapha Festive 500 Challenge has really become a global competition where people’s competitive instincts are really coming alive. However, don’t lose sight of the fact that its not just about the miles; it is also about the stories and epic times you’ve had in the saddle over the last few days of 2011.  The winner of the Rapha Festive 500 Challenge, like last year, will be based on submissions that captures people’s imaginations.  What will yours be? Go to the Rapha Festive Facebook site to submit 🙂

I live in, Hangzhou, city of over six million Chinese residents, located 45mins fast train ride from Shanghai. The place is just teeming with bike riders, slow moving clunky electric bikes, taxis, crazy buses, people in private cars who don’t know how to drive. I am faced with this mayhem every time I set outdoors on my road bike. To be honest, I get angry everyday on the bike – you won’t believe what happens out there. Its just chaos and even though I do expect it, I still get frustrated. The most frustration I get is when those cars decide to drive the wrong way up the road and directly into my path. Another case is when motorists decide to overtake cars and push me off the road. Pedestrians can be the most dangerous of them all and often I have to yell or whistle to prevent them from getting knocked over by me as they walk directly into my path. Near the end of my 205km ride, I was on my way home and this girl darted out into my path. I had no where to go, and she froze for an instant and screamed. However, she recovered quickly enough to move out of the way. I would’ve hit her otherwise despite braking heavily. It was one of those many misses I have. The day before I went down to Guangzhou to compete in the Format WTB 29er Mountain Bike race, a guy on an e-bike just pulled out straight into my path. I saw him coming and thought he would wait on the road-side before attempting to cross. But he did not and I just plowed straight into him, I don’t know how I stayed upright but I did. My yelling to warn him of my approach did not deter him and he just looked at me as if I was a crazy foreigner on a bike. He just nonchalantly rode away as if nothing really happened. Not even a check to see if everything was ok. There are many stories about riding in China that you’d never hear back in the US or in NZ.

Despite the challenges with riding in Hangzhou, there are actually some brilliant routes to explore and have fun on the bike. Check out last years Day Six post. Also check out Day Five with some great photos and a crash story.

I have officially completed the Rapha Festive 500 Challenge and today I only did 15kms – just my commute to the other side of town. I’ve been feeling a bit tired these few days since I did that mega-205km ride two days ago. My body is not used to doing such big miles over consecutive days like riders who train upwards of 16 hours a week. Typically, during the year, my average training weeks are between 8-12 hours with 14hours to be a big training week. Its my plan to have some good base miles before I head down to the New Zealand summer for three weeks in January!

Stay tuned for the Rapha Festive 500 Challenge updates and if you have any cool “What you missed this morning” photographs, send them to Cyclingtipsblog. Some brilliant photos cropping up on Wade Wallace’s popular website.

Shot of the day by Stefan Rohner. 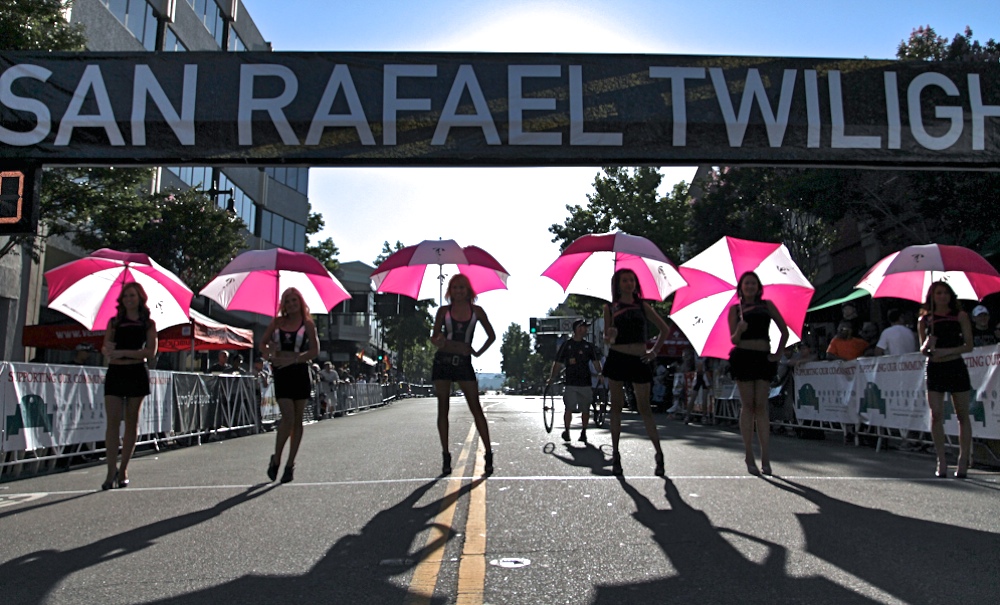