This was the frantic pace that was set across the glorious grasslands of Inner Mongolia during the final stage of the Genghis Khan MTB adventure race. If you have not yet experienced racing across wide-open lush green grasslands, then you need to add this cool event to your bucket-list of things to do –Genghis Khan MTB Adventure sponsored by WTB.  There was a really nice video put together by a Chinese cycling media website: Biketo.com plus a collection of stunning images.

The final stage was an epic 100km jaunt through some previously unexplored grasslands, again starting in the small city of Xiwuqi and ending back at the city square.  You guessed it, it was the Mongolians yet again that dominated the day with a standout performance from Tuguldur Tuulkhangai to win with a fast time of 3hrs 26mins, a good four minutes clear of his compatriot, Altanzul Altansuckh who confirmed his yellow jersey for the 2012 overall classification by dropping both Feng Kuanjie (Triace) and Eric Felbabel (CHIRU-WTB). The Mongolians went 1-2 for the final stage. Tuguldur Tuulkhangai finished 4th overall despite his stage one chain issues that cost him 18 minutes.

The CHIRU-WTB Asia race team continued to put on a good show with pro Triathlete Eric Felbabel finishing yet other 4th – thus gaining the title as Mr. Consistency with the same placings for all the other stages. His consistency rewarded him with the final step on the podium for 3rd overall. Chiru team-mate,  Pierre-Arnaud le Magnan, came in 6th on the day and netted 6th overall. With two CHIRU-WTB riders finishing in the top 10 in their debut event is a very commendable result and expect to see more from CHIRU-WTB here in Asia in the coming seasons.


You will remember that during day two of this event, I pretty much “bonked” and collapsed in a heap at the end, dead to the world before struggling to get up on unsteady feet. Overnight I had recovered quite substantially and I was feeling much better and I could tell from the moment I got out of bed. But I was still not my usual 100% robust self. It seems like a familiar trend – I have some bad days like I did at the Mongolia Bike Challenge last year – the first three days were from hell before things started picking up for me. I felt like today was one of them.

Again, the starts have been crazy fast at the Grasslands MTB Adventure and I normally can handle these fast starts quite well, but I could not hold pace with the front four riders as they powered through the first rough off-road section and was yet again riding with Pierre (Chiru-WTB) and Ed Cork (Specialized), plus this time we were doing 100km, not 40km!. We did briefly catch the leaders but were gapped again when they sprinted over a short steepish rise. We hit the flat sealed road section that was buffeted with severe cross-winds and in striking distance of catching the leaders! I wanted a fast rolling echelon going with the three of us, but unfortunately we were not able to pull it off and a last ditch effort by Ed Cork to go across on his own only served to give him a slow antagonizing death – he got within 20m but just could not bridge the gap. Soon we were back together but much further behind the leaders who were rapidly disappearing.  From my road racing experience, it is better to get across as fast as possible with help and then recover in the front group – at least till the next climb!

Once back on the off-road section and going over a short climb, I settled into a pace I could handle and this kept me within a few seconds of Pierre and Ed who were both separated by an equal amount. I enjoyed the 100km course as it offered bits of everything especially plenty of relentless undulating terrain to negotiate. Ed Cork was flying like a cork on a mission and he soon pulled away to eke out a one minute plus lead, meanwhile I was still well within contact of Pierre but he to started pulling away from me. After some nice fast grasslands sections, we were back onto another road section and this was a climb with a stiff head-wind. It was here that I pulled back time on Pierre and got back within 10 seconds of him. I rode behind him like this for a long time. Once the track started climbing higher again, Pierre found a second wind and accelerated away, leaving me to battle the grasslands, the wind, and spooking the livestock alone. However, I still felt strong, not as strong as I should be but strong enough to ride all day at an even constant pace – a pace that I felt that was not in danger of being caught from riders coming up behind.

At one point, I was slightly worried that I had lost the way as I did not see the familiar yellow markers but they appeared again and I did not have to double back, I did slow slightly through this spot (pass a village) just to be sure. With about 75km done, there was another long straight road, mostly gravel and into a head wind to make life more difficult. These sections are perfect if in a group and can do roadie-style. Since I was on my own, it was a slight struggle but I made it through. While on this road, I could see Pierre and Ed climbing what looked like a mean beast of a hill sticking straight up. Both of them were going up it at a snails pace and when I saw this, I briefly entertained hopes of catching them again. But, looks were deceiving,  as when I got to the hill itself I realized how slow it was and by the time I got over it, they were no where to be seen. There was a roller-coaster of a downhill that led to another climb and through some very bumpy grassland with only the markers as guides to where you should be going.

I had been looking over my shoulder from time to time to make sure no one was sneaking up behind me. I saw no one. I was encouraged by this the whole time and my turn-around ride for 8th should have been enough to put me back into the top 10 on general classification again. But this was not the case. A group of six riders somehow got lost and rode a short-cut way back to the finish and rolling in together with Pierre (who finished six minutes in front of me at the end). What was even more disappointing was this group of six riders were claiming they were going to catch me before they got lost! How can one say that “oh yes we were about to catch you before we lost the way” and as a result the organizers give them the same time as me but ranked behind me. This meant they kept their GC positions… They made the assumption they could catch me from seeing my ‘snails pace’ climb up the beast of a hill – just like I saw Ed and Pierre.  In the final analysis, it was a good 100km MTB ride and its time to forget about the what if and shoulda..coulda… it can go on…

Overall it is a great event and if you are interested in experiencing grasslands and spicy Mongolian hotpot, then this is the event you can consider coming for 2013. 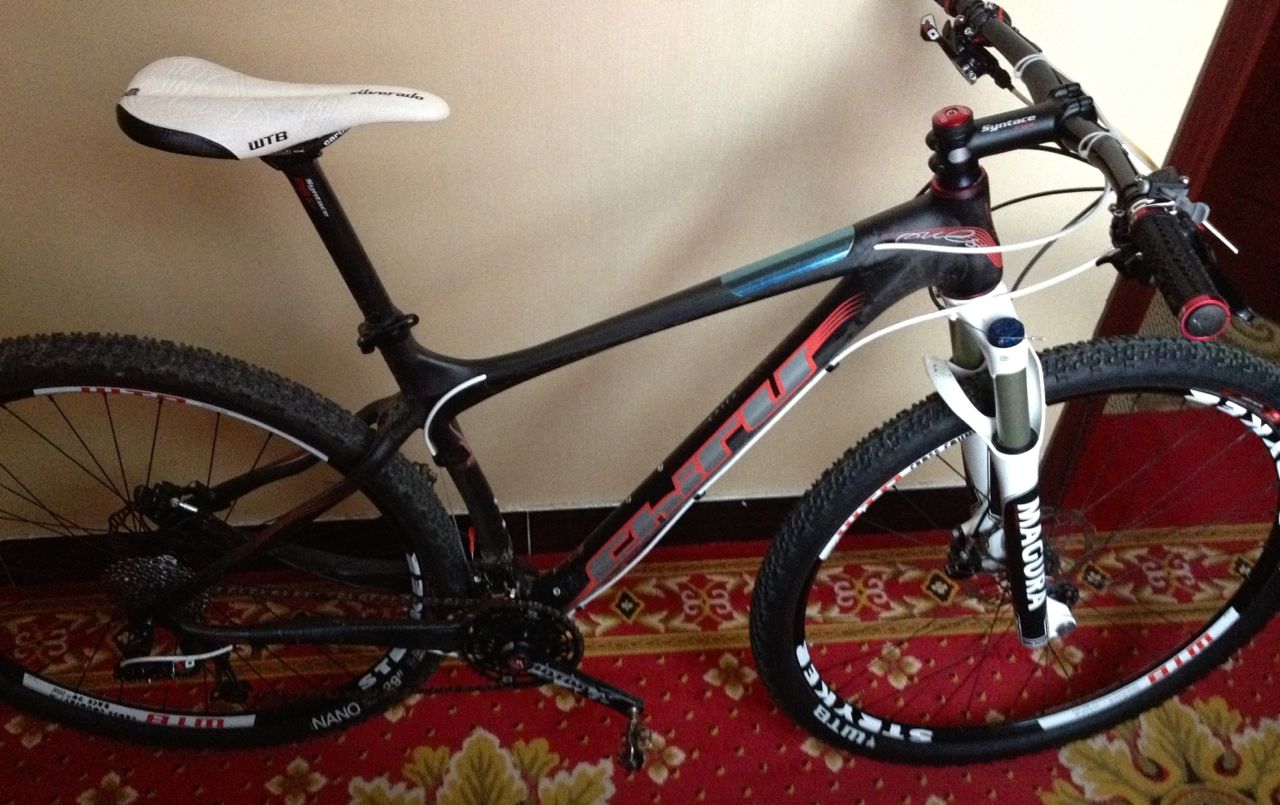 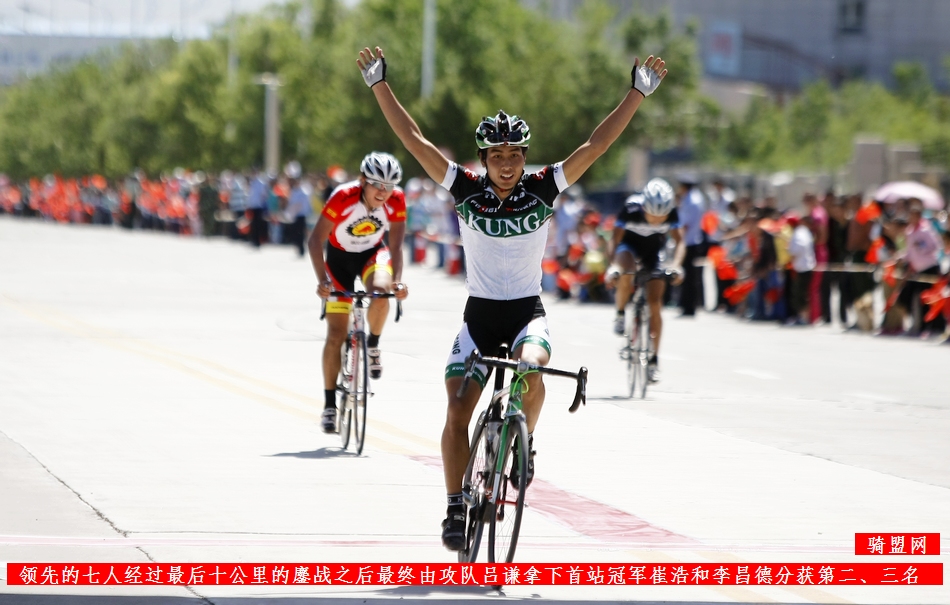