Every bike race you see or read about is in fact only a part of what is actually happening. There is alot of behind-the-scenes stuff that the outside viewers don’t get to see and there was plenty going on at the Tour de Formosa in Taiwan earlier this month. This was a Deaf Invitational Race for cyclists from all over the world and I was the sole representative from New Zealand to go without support like all the other teams present. This made life difficult in quite a few ways.

Since, the organizers of the Tour were on a budget crunch due to lack of sponsorship funding,  they were squeezing riders and support people into the rooms.  So it was four people into one room (2 riders in one bed) and while this is hard enough among the teams but at least they knew each other. Imagine trying to sleep in a bed with another person you don’t even know?! Following logic, it would have been the right thing to do by giving NZL a room regardless of how many people. But I was initially squashed in with the Belgian riders and their support crew. No offence, but I knew I could not sleep with them. So I moved all my things out into the lobby and asked for another solution.  In the end, I was given a satisfactory solution, but it was only for the night.  The next night, I agreed to stay with the Czech’s in Tainan since I had become friendly with their trainer who spoke good English. Fortunately we were able to arrange the beds so that four people could sleep separately and we all slept in peace. The next night, however, in Kenting, was different. I was attacked in the middle of the night by the Czech coach who thought he should be sharing the bed with me. He had been out drinking with others and came back late, after the three of us had gone to sleep. Before going to sleep, we had discussed the sleeping arrangements and the trainer had already made his bed on the floor while the Czech rider was sleeping on the big double bed. I was told that the coach/manager would sleep on the same bed as the Czech, no problem. I had the second bed to myself and was sound to sleep when I was shaken awake by the burly Czech coach. I was confused and since he can’t communicate in English nor I could use sign language, it was hard to convey the arrangement. The Belgian coach comes running in and is yelling at me that two people should be sleeping in the bed… anyway, the trainer got up and calmed the two men down and told them of our arrangement. The Czech manager apologized and proceeded to sleep on the bed with his rider.

During the middle of the night, I woke to see that the Czech rider was now sleeping on the floor (found out in the morning that he had moved because the manager was snoring and causing the bed to vibrate violently). But what was even more perplexing was that the manager had also moved to the floor space in-between the beds and was using a bag for a pillow and no mattress!  Things were going ok with the Czech’s till the crash incident at the finish of stage four. The Czech manager had blamed me for causing his rider to crash in the final 250m to the finish when my left foot clipped him as I surged ahead in the final sprint. You can watch the Youtube video here – Last 4kms of Stage 4 (those in China will need a VPN to access). The Czech rider’s tubular had rolled off completely and I suspect that is part of the reason why he went down like that – apparently the tubular was nearly 2 years old and had not been re-glued! Had the tubular not rolled off, it might have been possible for the Czech to re-correct himself as my clip was hardly a blow to him – if it was, I would have become entangled too. So, after this incident I was kicked out of the Czech’s room and I was faced with talking to the organizers again to get a room. I managed to stay with the Aussies for one night and then for the rest of the Tour I was kindly put into the room with one of the Chief Commissionaires and had a bed to myself.

It was quite stressful as you can see and as the only representative from New Zealand, I had to do most things myself like cleaning the bike, adjustments, pinning numbers, washing race kit, organizing my daily race food, getting massages, making sure I got enough rest etc. On top of all this, I also was writing the official daily race reports for cyclingnewsasia.com which took some time – once I had found internet access!  Some nights I would not get to bed till 12am and was lucky if I could be in bed by 11pm and rise at 6am for breakfast.

Communication was difficult for me since I did not know sign language and has made me realize that it will be essential to learn more sign language to actually communicate well with the other riders.  I did establish some great friendships and now I have a nice network of World Deaf Cyclists who share the same passion as myself for the sport. The standards of Deaf cycling is increasing all the time and there are quite a few that compete well at the PRO/1/2 category level in the United States. The next big Deaf Cycling event is the World Championships held in Quebec, Canada in June 2011. 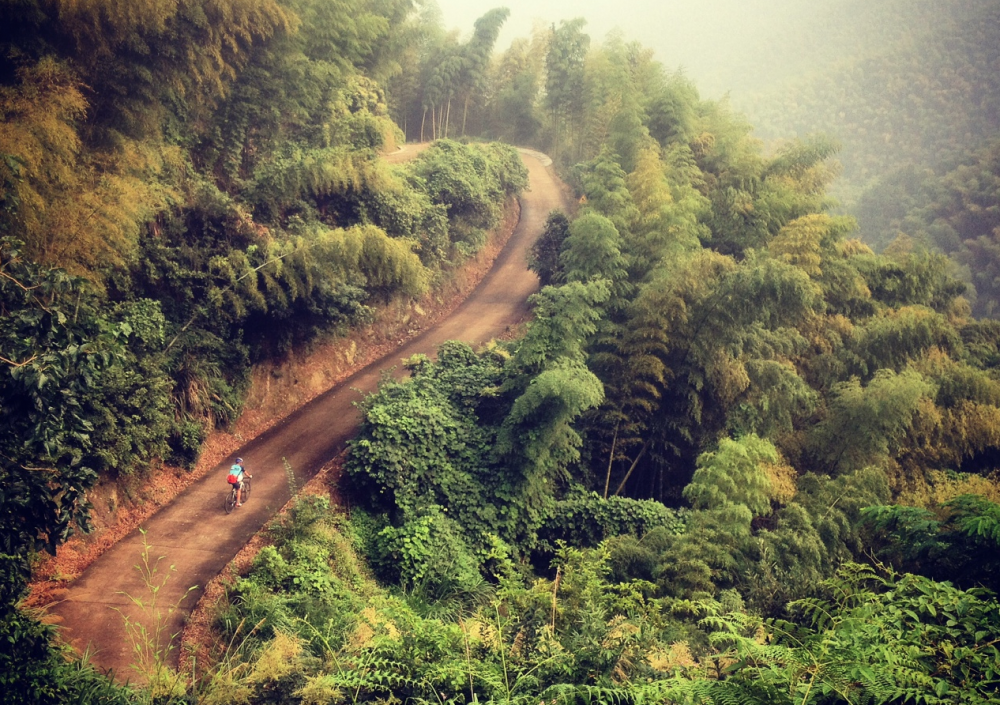