The sprint - I'm on the far right in black

The above picture was from www.qqride.com – a great website for fantastic photographs of the racing that happens around China – which there is a lot of!  Check out their website.

This Xinyi race report can be found on Cyclingnewsasia, here. As you read from the title “Crash filled…”, it was indeed that! The amount of crashes in that race was unbelievable and it was quite a nerve wracking race for me as I sought to survive to the end without ending up on the tarmac. I had two close misses, first one was only 10km in when the guy next to me lost control of his front wheel and fell straight into my rear wheel, causing me to flick sideways and almost drag me down with him. Fortunately I maintained control but there was something wrong with my rear wheel. I pulled over to the side to investigate, thinking my race was over since there was no support for wheels, but it was lucky that the wheel was only banged out of alignment. After the realignment, I was back on the road in pursuit of the peloton. It took me a good five minutes of hard chasing to get back on. I was back into the fold but at no point did I feel safe with many riders not holding their lines, darting in and out and then there were the rider “bombs”, those riders who could not sustain the pace at the front and were “free falling” through the peloton, causing problems. I had to dodge a few of these riders.

The second close call was when a massive pile-up occurred just 4km from the finish. I was sitting in the middle of the pack when I saw the carnage unfold right before my eyes. I slammed on the brakes and came to a skidding halt, but many riders continued to plough into the growing pile – their reactions were not quick enough.  Even had some riders plow into me from behind… I jumped off the bike, walked around the carnage of bodies and carbon bikes, and then gave pursuit in what was a rapidly disappearing race for me. It was going to be a contest between the front 40 guys. In about 1.5km I had made the bridge, averaging 50-55km/h! I then stayed near the back of the group to recover for the sprint finish. However, I left my move to the front too late – with 500m to go I was not finding any clear lanes to the finish but after swinging a hard left, I found a clear line and charged. I managed to nab 5th as my result for the crash filled Xinyi event!

This weekend I am in Chengdu, Sichuan – smack in the middle of China. There is a mountain bike race organized by Shimano that I will compete in. Stay tuned for the photos and details on my website. Cyclingnewsasia and qqride.com will also have reports.

The qqride.com photographer put his gf's hat on me and snapped a quick pic...

Lots of these girls at the event acting as ushers 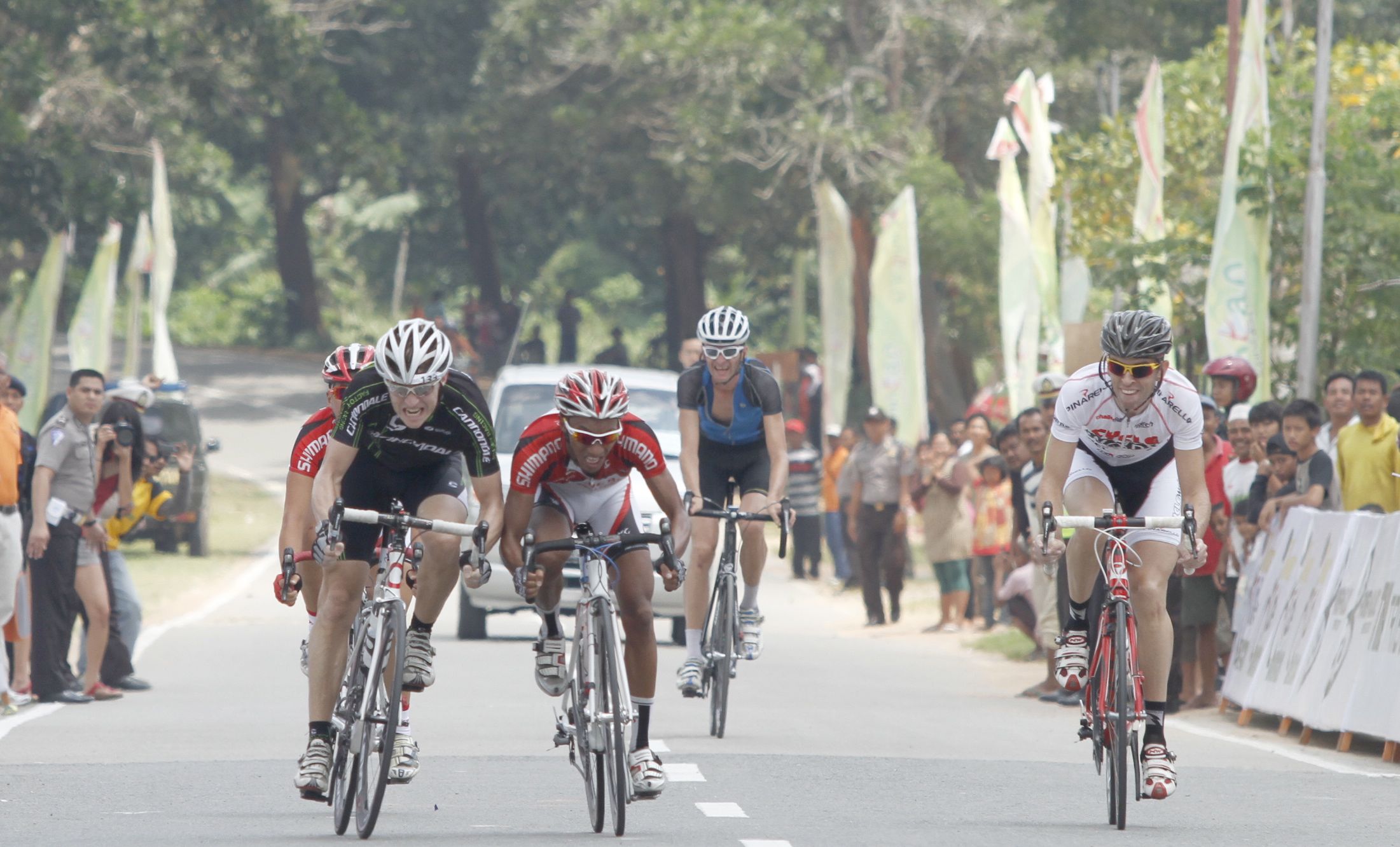