Today was the first day we sighted Yaks and it was hundreds of them!

The race had burst out into this small valley at over 2,000m and I saw the Yak for the first time, which was an amazing sight after five days of racing. We are now camped at 2,400m on top of a wide-open grassy meadow with surrounding mountains. It is nice to be able to breathe clean mountain air and have ‘real’ grass under the tent, instead of the dust and stones! It is such a contrast of scenery here and it only promises to get better with tomorrow’s Queen stage that will take in 2,620m of mountain climbs and awe inspiring scenery that tourists seldom get to visit.

How the Stage Five Went

The racing for me continues to get better and I was on the attack constantly early on the stage and kept attacking for a good 80kms. I was probably the most aggressive rider today and it did not get me anywhere! When the breakaway of four riders started to edge away at about the 65km mark, I went deep to try and bridge the gap but only got halfway before slowly dropping back. Going up a steep hill, the pack of 11 riders caught me and proceeded to drop me. From the second feed zone I was riding at my tempo through some of the best scenery the Mongolia Bike Challenge has shown to-date. I enjoyed the numerous river crossings and also the herd of about 50 horses that galloped startling close to us.

Lots of little interesting things along the route.

The trail snaked its way up a very green grassy valley that was full of cheering kids on the road side and in particular, there was one kid waiting for me on his bike and sprinted alongside me for a few moments looking over his shoulder with a large cheeky grin. There were a lot of the traditional Nomadic Gers dotted on the landscape. The climb continued through the valley and up to the higher point where the camp is set up. The trail through the valley was also nice, good surface and several different lines to be taken – single track and semi-technical stuff.

The showers today were icy cold and it was like putting ice on your back! It was invigorating though after yet another long day of racing – 110kms and 4hrs 30mins with 1100m of climbing.

I finished 15th and move up to 16th overall on general classification. My goal is to focus on getting through the next few stages and give it my best shot for the final stage! The Mongolia Bike Challenge is definitely getting better for me and I am feeling stronger despite having padding that feels like diapers! 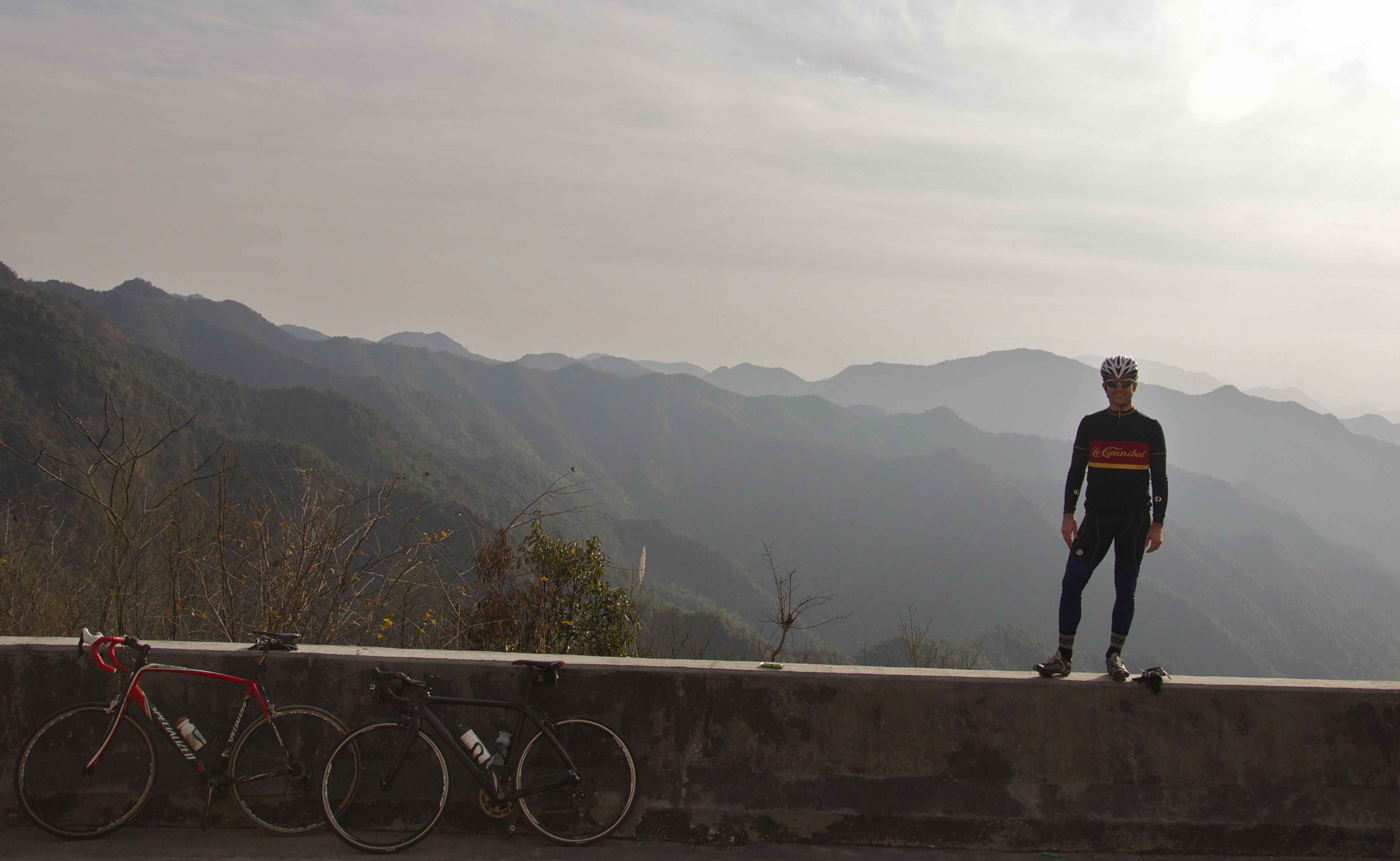