The second day of the Genghis Khan MTB Adventure was a lot better for me. This stage was also a 48km one, but mostly flat to rolling with one decent sized climb in the middle.  I was part of a 12-man group that sprinted at the end, but had to settle for 7th placing due to spinning out on my 42-14 gearing on the Nordic Ways Mountain Bike!

Near the beginning of the 48km stage

This stage was a point-to-point, starting in the middle of the grasslands which all riders were transferred to by bus. It was also very hot and dry day. The start was a 1km dash along the gravel road before heading onto the sandy four wheel drive track. I was spinning out due to the high speed but after a few minutes, the pace became more stable and this is where I initiated the first of my attacks. I believe that this first attack served to split the field and an elite selection of 12 riders formed after Feng Kuanjie (Holy Brother) chased me back. My subsequent attacks (two of them) did not draw any reaction from the field, it seemed as if they were just letting me go and I was out there dangling off the front by 200-300m. It was hard work going into the head wind and also the gearing ratio did not help with keeping my momentum going.

During one of my unsuccessful attacks off the front

My last attack occurred several minutes before the major climb. Bjorn Lind, a three time Olympian from Sweden, put in a massive attack after the Holy Brother riders decided to hold back one of the Chinese riders from attacking. He opened up a sizeable gap going up the climb and it took the Holy Brother riders a concerted effort to get up to him. I did not have the power to match the surge and I was just a few seconds off the pace going over the summit. Six riders went clear with Bjorn Lind leading the charge, I was 7th rider over and in no-man’s land. Another Chinese rider caught up to me after the downhill and I slipped into his draft.  There was a split in the track, I went one way and the Chinese rider went the other and I lost his wheel. He eventually caught the group of six while I was still stuck in the middle, however I was caught by other Chinese rider and I drafted him also – I could not do anything else at this speed as my legs were already going 120-130rpm just to keep up. After 10 more minutes of hard riding, we finally made up the gap that was hovering at 15 seconds for along time. In fact, the group gradually swelled back up to the original size of 12 as riders in 1s and 2s made it back.

Struggling to hold on at the back through dust and thick sand!

It was a long gravel/sandy drag back to the township. Several times, due to the loss of momentum in the sandy sections and dust being kicked up by riders, I was almost dropped but each time I got back on and it was shaping up to be a 12-man sprint on the 3km straight run-in to the town square. It seemed like it had been raining as the road was covered with a layer of water. It was a dicey lead up to the sprint and I was spinning like a mad-man just to remain in contact. I positioned myself pretty well, and had a couple of close calls with riders weaving in front of me. One of which clipped my front wheel and there was a point where I was boxed in and I was trying to come out the back way, almost taking out Bjorn Lind in the process. The last 200 metres had me spinning at 150rpm at least but this was only enough to hold on to 7th place.

Some of the sandy sections had riders dismounting...

Freshly cut watermellon, bananas and water were waiting for riders at the finish; which I devoured into. The watermelon felt particularly good. Since the track today was a bit more dirty, riders were covered in dirt including the bikes… it was very convenient to have the nearby city fountain start up. Riders gleefully danced about amidst the powerful sprays of water, cleaning their bikes at the same time. It was a good impromtu shower. I had walked over to the centre of the fountain, and found myself directly in the path of firehose strength water that had me momentarily stunned!

Mongolian Hotpot was the on the menu for the evening dinner. It was a hot steamy affair, loading your own little hotpots with sliced beef and lamb along with a multitude of vegetables. It was so hot in the restaurant that almost all of the Chinese riders and wrestlers stripped their shirts off!

Stage Three’s account will be posted in the next couple of days. Thanks to QQride for the brilliant images that have been brought to you for your enjoyment.

The break early in the race 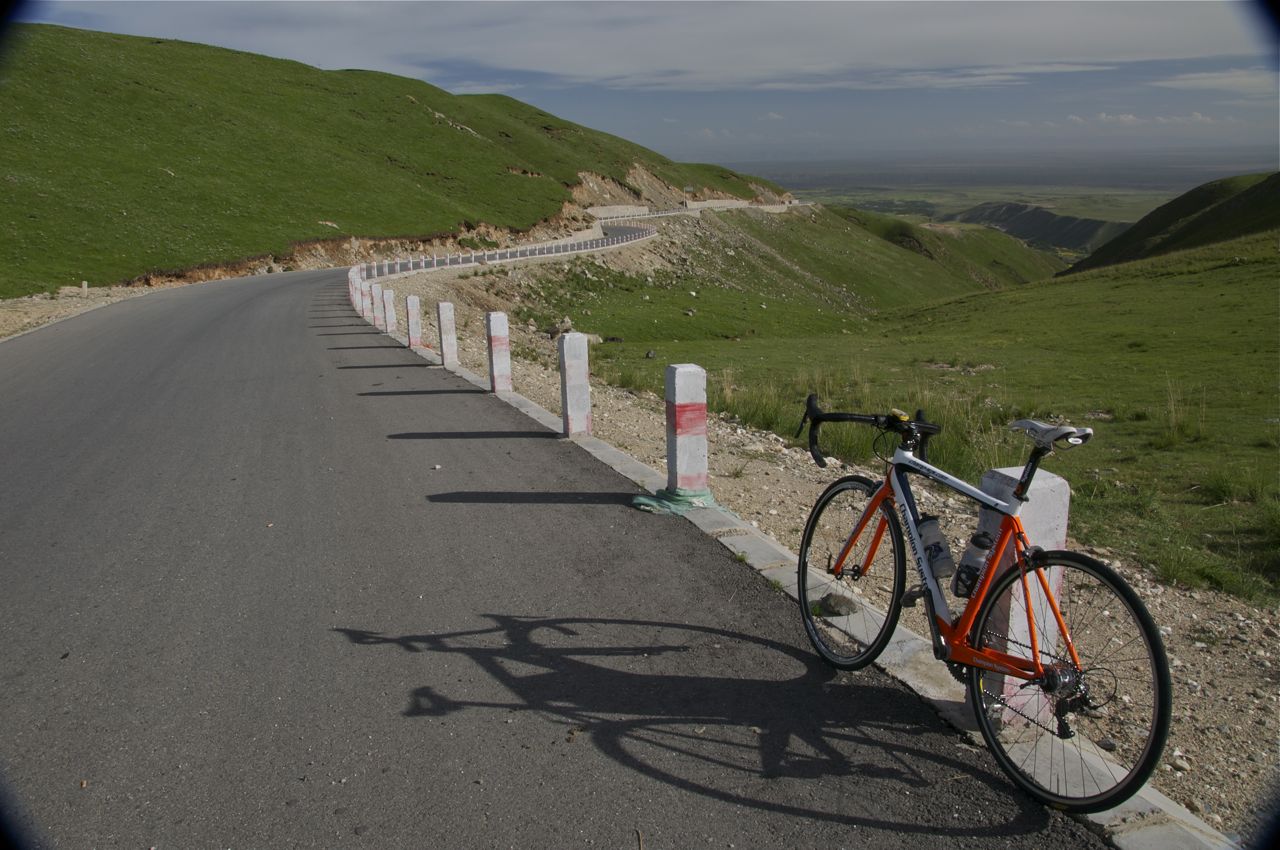 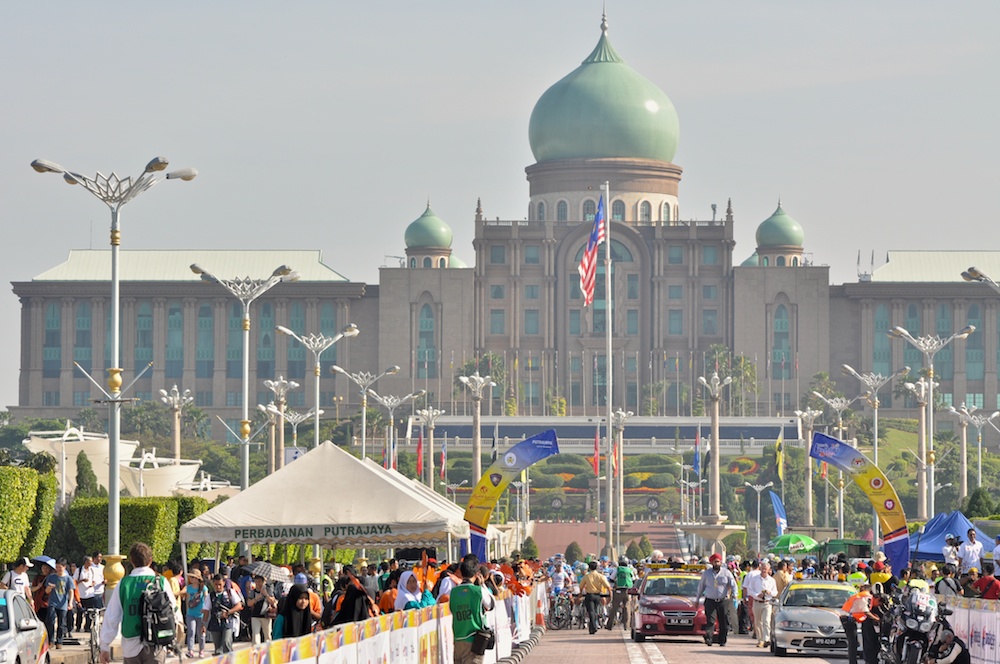